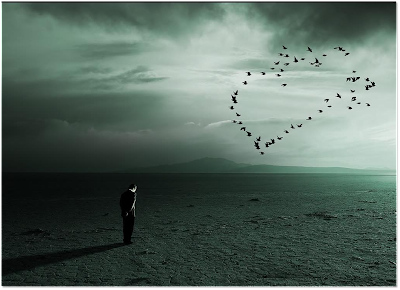 In my last entry we discussed withholding judgment from God, your brother (meaning mankind) and yourself. What might birth a new conviction, for withholding judgment in the moment, (life is lived moment to moment) is stilling our minds and hearts; this is our journey back to Christ.

God provides a revelation of himself in the following statement:

“Be still, and know that I am God” -Psalms

The statement: “know that I am God,” requires a point of reference, a point of reference that perhaps we haven’t made fully. Perhaps this is to say or imply we should ever seek to understand him, because being still is found in the fact that we 'know he is God'.

"Knowing", is an awareness that presents itself moment to moment, it provides certainty, and implies being present. It's attempting to live in the present, vs. in your memory of the past, (reflection, and projections) or in your imagination for the future, otherwise detached from the ego (vision, goals, and worries).

Being still, is a gateway to knowing "that he is God”. This is the state which certainty can be born. It’s in the silent resting of our minds and hearts, that God is able to reveal his instruction to you. This act of being mindful assists us in lengthening this great silence of our minds and hearts, so that we discover the voice of God; while at the same time silencing our critic. This is a meditative state.

This concept is exemplified in the following bible passage:

Extending This Understanding to Another:

Now, let me bring this back to point: As we learn to live in awareness and continue to live moment to moment in the sacred space meant for God, than we learn to '...be still', as we fully extend ourselves to one another, we learn to love with out fear, and the intimacy grows between us and our God, because we are part of the whole. Being in relationship with our Lord, manifests in our love and intimacy with each other.

Let me illustrate my point, by quoting several biblical statements:

Jesus - What you've done unto the least of these, you have done unto me.
St. Paul - In him we live, move, and have our being;
Jesus - The kingdom of God is with in you.
God - Love your neighbor as yourself.
St. John - If a man say, I love God, and hateth his brother, he is a liar:

If you look at statements like these with the understanding that we are literally a part of God, we were created as an extension of him and being a part of our neighbor as extensions of God's love to them; you will witness how the bible depicts this intimate point.

Our Challenge to Love At Will

'It is only the awareness of the body that makes love seem limited. For the body is a limit on love. The belief in limited love was its origin, and it was made to limit the unlimited. Think not that this is merely allegorical, for it was made to limit you. Can you who see yourself within a body know yourself as an idea? Everything you recognize you identify with externals, something outside itself. You cannot even think of God without a body, or in some form you think you recognize.

The body cannot know. And while you limit your awareness to its tiny senses, you will not see the grandeur that surrounds you. God cannot come into a body, nor can you join him there. Limits on love will always seem to shut him out, and keep you apart from him. The body is a tiny fence around a little part of a glorious and complete idea. It draws a circle, infinitely small, around a very little segment of Heaven, splintered from the whole, proclaiming that within it is your kingdom, where God can enter not.

Within this kingdom the ego rules, and cruelly. And to defend this little speck of dust it bids you fight against the universe. This fragment of your mind is such a tiny part of it that, could you but appreciate the whole, you would see instantly that it is like the smallest sunbeam to the sun, or like the faintest ripple on the surface of the ocean. In its amazing arrogance, this tiny sunbeam has decided it is the sun; this almost imperceptible ripple hails itself as the ocean. Think how alone and frightened is this little thought, this infinitesimal illusion, holding itself apart against the universe. The sun becomes the sunbeam's "enemy" that would devour it, and the ocean terrifies the little ripple and wants to swallow it.

Yet neither sun nor ocean is even aware of all this strange and meaningless activity. They merely continue, unaware that they are feared and hated by a tiny segment of themselves. Even that segment is not lost to them, for it could not survive apart from them. And what it thinks it is in no way changes its total dependence on them for its being. Its whole existence still remains in them. Without the sun the sunbeam would be gone; the ripple without the ocean is inconceivable.

Such is the strange position in which those in a world inhabited by bodies seem to be. Each body seems to house a separate mind, a disconnected thought, living alone and in no way joined to the Thought by which it was created. Each tiny fragment seems to be self-contained, needing another for some things, but by no means totally dependent on its one Creator for everything; needing the whole to give it any meaning, for by itself it does mean nothing. Nor has it any life apart and by itself.

Like to the sun and ocean your Self continues, unmindful that this tiny part regards itself as you. It is not missing; it could not exist if it were separate, nor would the Whole be whole without it. It is not a separate kingdom, ruled by an idea of separation from the rest. Nor does a fence surround it, preventing it from joining with the rest, and keeping it apart from its Creator. This little aspect is no different from the whole, being continuous with it and at one with it. It leads no separate life, because its life is the oneness in which its being was created.

Do not accept this little, fenced-off aspect as yourself. The sun and ocean are as nothing beside what you are. The sunbeam sparkles only in the sunlight, and the ripple dances as it rests upon the ocean. Yet in neither sun nor ocean is the power that rests in you. Would you remain within your tiny kingdom, a sorry king, a bitter ruler of all that he surveys, who looks on nothing yet who would still die to defend it? This little self is not your kingdom. Arched high above it and surrounding it with love is the glorious whole, which offers all its happiness and deep content to every part. The little aspect that you think you set apart is no exception.

Love knows no bodies, and reaches to everything created like itself. Its total lack of limit is its meaning. It is completely impartial in its giving, encompassing only to preserve and keep complete what it would give. In your tiny kingdom you have so little! Should it not, then, be there that you would call on love to enter? Look at the desert--dry and unproductive, scorched and joyless--that makes up your little kingdom. And realize the life and joy that love would bring to it from where it comes, and where it would return with you.

The Thought of God surrounds your little kingdom, waiting at the barrier you built to come inside and shine upon the barren ground. See how life springs up everywhere! The desert becomes a garden, green and deep and quiet, offering rest to those who lost their way and wander in the dust. Give them a place of refuge, prepared by love for them where once a desert was. And everyone you welcome will bring love with him from Heaven for you. They enter one by one into this holy place, but they will not depart as they had come, alone. The love they brought with them will stay with them, as it will stay with you. And under its beneficence your little garden will expand, and reach out to everyone who thirsts for living water, but has grown too weary to go on alone.'