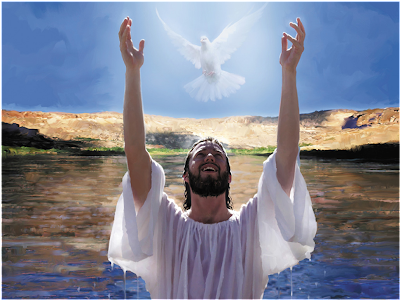 This series of thoughts began with several implications about: "Be still, and know that I am God". -Psalms

One of the implications, that we need to make in order for this statement to have impact on our soul and inner-most thoughts is: we need to understand 'who God is'. Our rest (or being still) is dependent on our 'knowing'.

It was inferred in my last entry that the reflection, image or implications of God are found in his creation specifically our brother, By truly understanding our brother, we will understand God to a great extent. God made man and woman in his likeness, we are extensions of him.

*The word brother connotes: brother and sister, just as mankind refers to man and woman*

So a logical step is to ask a question:

Who is my brother?

"For it was fitting for him, for the sake of whom are all things, and through whom are all things, in leading many sons to glory, to bring to perfection the author of their salvation through sufferings. For both he who sanctifies and those who are sanctified are all from one [God]; for which reason he is not ashamed to call them brothers, saying "I shall proclaim your name to my brothers; in the midst of the congregation I shall sing your praise. And again, "I will put my trust in him" and again "Behold, I and the children whom God has given me." Therefore, since the children share in blood and flesh, he himself likewise also partook of the same, in order that through death he might destroy him who had the power of death, that is, the devil, and might free those who through fear of death were subject to slavery all their lives. For certainly he does not give help to angels, but he gives help to the seed of Abraham. Therefore, he had to be made like his brothers in all things, in order that he might become a merciful and faithful High Priest in things pertaining to God, to make atonement for the sins of the people. For since he himself was tempted in that which he has suffered, he is able to come to help of those who are tempted."

We must hold this perfect picture of our elder brother. Our brothers and sisters need to be seen in the image of Christ, not the image of our projections. By truly looking at our brother we will see the nature of God. When we truly understand this we will find rest for our souls.

*Our brother is not the body, that you see with your physical eyes; he just as you, is the quiet observer, within the mind using his body to communicate. One of the dangers, in our spiritual life is 'body identification' to see ourselves as our body, this was the err of Adam, "I heard you in the garden. I was afraid because I was naked, so I hid". *

But exhort one another daily, while it is called Today; lest any of you be hardened through the deceitfulness of sin. - Hebrews

It is this hardening that moves us to seek temporary measures, hoping they might bring fulfillment or might lessen our pain. It is by the lack of reaching for something that would truly heal, that would also move us further and further from the love of God, in our perception. It becomes a breeding ground for self condemnation and displaced guilt. Our shallow understanding of the truth becomes the root of all our projections and self-loathing. This experience is self perpetuating, disguised as relief; it is by the extension of love, in it's many forms that can offer a way out and bring about healing.

Jesus was the example of what we could become (to be Christ like). The gifts and healing displayed by our elder brother have been given to us, being a reflection of him. "Verily, verily, I say unto you, He that believeth on me, the works that I do shall he do also; and greater works than these shall he do; because I go unto my Father. And whatsoever ye shall ask in my name, that will I do, that the Father may be glorified in the Son. If ye shall ask any thing in my name, I will do it." As an extension of God's love your brother has the power within his grasp to free you from your projections, by the simple extension of love.

*Please don't mistake in your judgement, in thinking that your brother as only the person who is sitting next to you in the church pews. God has given to everyone who would love you, that power to free you or to bring about healing, this person doesn’t have to be a believer - they just need to have correct perception; which is a gift from God. *

Withhold judgment and condition your mind to accept your brother, for the perfection that he is, he is holy as you are holy, ultimately as your father in heaven is holy; learn not to attack him or place your judgments upon him, this is a foundation to having a pure heart. “Blessed are the pure in heart, for they shall see God”.

If you did not feel guilty you could not attack, for condemnation is the root of attack. It is the judgment of one mind by another as unworthy of love and deserving of punishment. But herein lies the split. For the mind that judges perceives itself as separate from the mind being judged, believing that by punishing another, it will escape punishment. All this is but the delusional attempt of the mind to deny itself, and escape the penalty of denial. It is not an attempt to relinquish denial, but to hold on to it. For it is guilt that has obscured the Father to you, and it is guilt that has driven you insane.

The acceptance of guilt into the mind of God's Son was the beginning of the separation, as the acceptance of the Atonement is its end. The world you see is the delusional system of those made mad by guilt. Look carefully at this world, and you will realize that this is so. For this world is the symbol of punishment, and all the laws that seem to govern it are the laws of death. Children are born into it through pain and in pain. Their growth is attended by suffering, and they learn of sorrow and separation and death. Their minds seem to be trapped in their brain, and its powers to decline if their bodies are hurt. They seem to love, yet they desert and are deserted. They appear to lose what they love, perhaps the most insane belief of all. And their bodies wither and gasp and are laid in the ground, and are no more. Not one of them but has thought that God is cruel.

If this were the real world, God would be cruel. For no Father could subject his children to this as the price of salvation and be loving. Love does not kill to save. If it did, attack would be salvation, and this is the ego's interpretation, not God's. Only the world of guilt could demand this, for only the guilty could conceive of it. Adam's "sin" could have touched no one, had he not believed it was the Father Who drove him out of Paradise. For in that belief the knowledge of the Father was lost, since only those who do not understand him could believe it.

This world is a picture of the crucifixion of God's Son. And until you realize that God's Son cannot be crucified, this is the world you will see. Yet you will not realize this until you accept the eternal fact that God's Son is not guilty. He deserves only love because he has given only love. He cannot be condemned because he has never condemned. The Atonement is the final lesson he need learn, for it teaches him that, never having sinned, he has no need of salvation.

*In Commentary to the last paragraph you read from ACIM: