Be still (part 3 of 4) The Certainty of Refuge 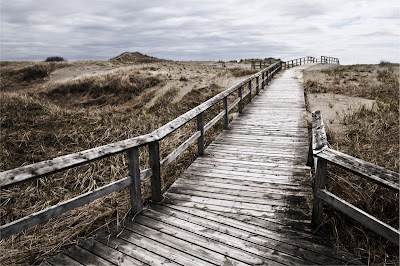 Our journey has been about "being still, and knowing he is God.":

Continuing our walk together:

He maketh wars to cease unto the end of the earth; he breaketh the bow, and cutteth the spear in sunder; he burneth the chariot in the fire. Be still, and know that I am God: I will be exalted among the heathen, I will be exalted in the earth. The LORD of hosts is with us; the God of Jacob is our refuge. Selah. -Psalms

Let's look at a key statement: 'the God of Jacob is our refuge'. There is a differance between providing refudge and being our refuge. You may think this only deals with semantics, but in the subtle differances of these statements lies eternity, lies meaning, God lies with this differance where you will find peace.

Making provision, is something set apart from yourself. In this instance to know intimalty he is our provision, and to know, without vacilation he is the foundation of his continuous provision:
After this, the word of the LORD came to Abram in a vision: "Do not be afraid, Abram. I am your shield, your very great reward. - Genesis

So the concept that we must consider, since relating to God being our provision, is illustrated in the following:

Now when Jesus returned, a crowd welcomed him, for they were all expecting him. Then a man named Jairus, a ruler of the synagogue, came and fell at Jesus' feet, pleading with him to come to his house because his only daughter, a girl of about twelve, was dying. As Jesus was on his way, the crowds almost crushed him. And a woman was there who had been subject to bleeding for twelve years, but no one could heal her. She came up behind him and touched the edge of his cloak, and immediately her bleeding stopped. "Who touched me?" Jesus asked. When they all denied it, Peter said, "Master, the people are crowding and pressing against you." But Jesus said, "Someone touched me; I know that power has gone out from me." Then the woman, seeing that she could not go unnoticed, came trembling and fell at his feet. In the presence of all the people, she told why she had touched him and how she had been instantly healed. Then he said to her, "Daughter, your faith has healed you. Go in peace.

This woman had an intimate understanding that Jesus/God was her provision. More than the provision being intimalty tied into him, it was not seperate from him, it was him. When we truly understand the concept it is only at this point that we can truly understand the tree of life. This occures when the most intimate part of our minds and emotions can touch his garment, with the anticiaption, the knowing, or the knowledge vs to be met with the faint faith or the hope, or struggleing to believe that God is the provision.

This anticipation occures when our perception over flows: with this understanding, "being still," now has a meaning..."and to know he is God" - now brings about the change, the healing, or the provision; this is true intimacy.

*..."and to know he is God" is not to think he is God. You know when you get up from your chair, you feet will be drawn by a law called the law of Gravity, and you will not end up flooting about. When you are running late for work, you may think you will make it only 5 minutes late. You know that when you turn on the light switch the light will come on. Thinking causes vacilation, knowing causes certainty. *

Faith that brings about God's provision for our lives needs to be uncousnouse, it needs to be at the very root or foundation of who you are; that you can believe God for your current need and fulfillment without vacilation. Now, the differance of knowing he is God, (which is the same as saying he is your provision) is found in your anticipation, in your peace (small still voice) in an unwavering certainty.